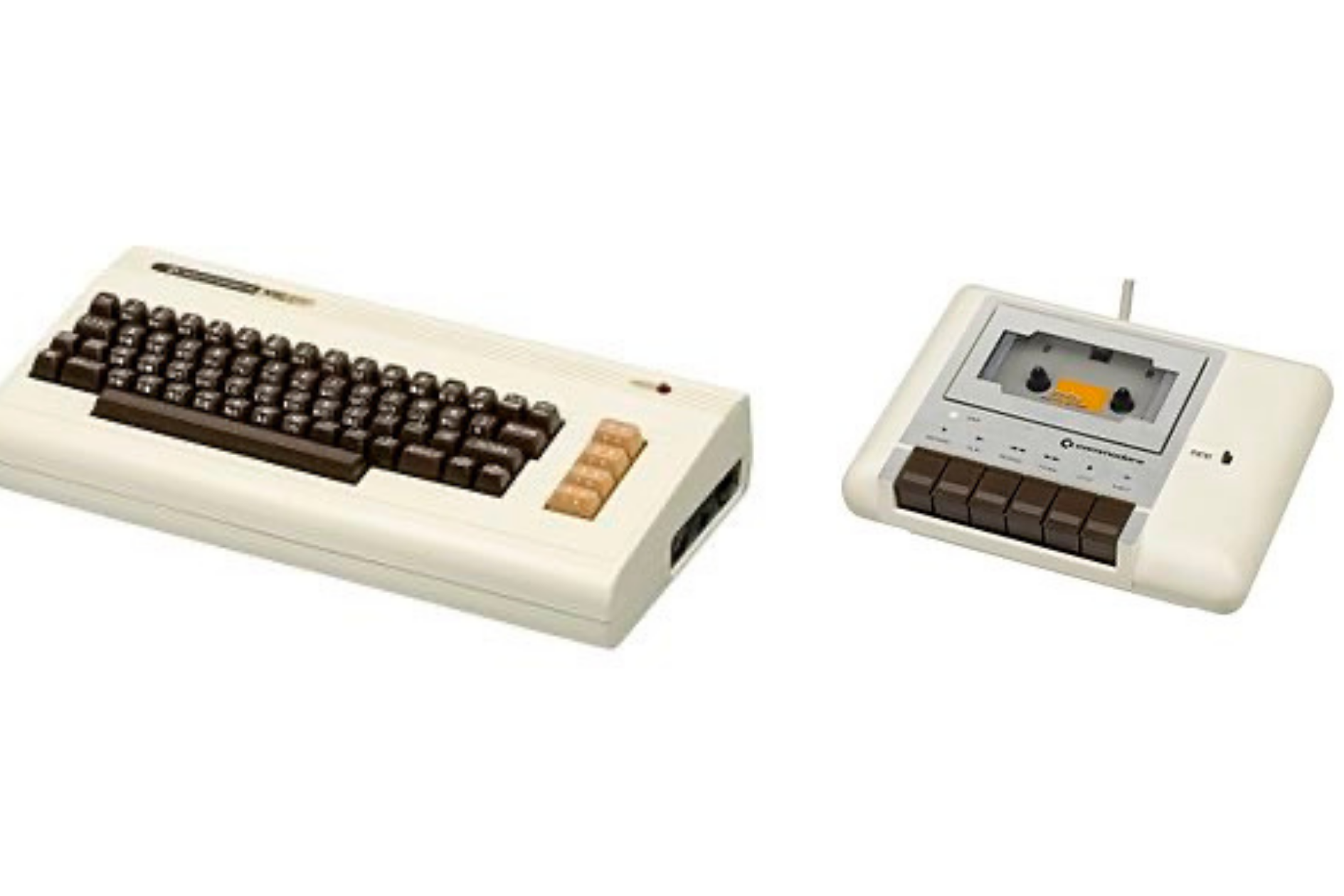 The most amazing present I ever received was my first computer when I was 16. I begged for one all year.

I carefully lowered it down to the bed and had a peek to see what was in it.

After pulling the first piece of sticky tape I was excited, knowing what it was.

I knew that my Mum and step father wouldn’t be home for hours and couldn’t help myself. I had to see what kind of computer it was and gently, ever so carefully unwrapped the computer.

Once it was unwrapped I looked at my new favourite thing:

It had a data cassette player and several games. Each time you loaded a cassette into the player it took 5-10 minutes to load the game. It was sooo slow but I loved it!

There was a game similar to ping pong, a helicopter rescue game, a text based role play game and more.

I reluctantly re-wrapped the most amazing present I’d ever received, returned the present to the top shelf of the wardrobe, covered it with the jumper and excitedly left the room.

A few weeks later I waited impatiently for Christmas.

On Christmas Day I looked under the tree and didn’t see the computer present 🎁 I opened what was under the Christmas tree 🎄 and then looked behind the tree.

My step father Steve asked me what I was looking for, smiling at me. He looked at my Mum and they exchanged secret smiles.

I couldn’t say that I knew there was another present so I stopped looking and thanked them for what I had been given – some clothes, a book, a board game.

I was very thankful for them – although excitedly waiting for the computer.

Finally they couldn’t continue with the ruse any longer and Steve went to fetch the last present.

I could barely breathe with excitement, just like I had been when I first saw it in my mother’s bedroom.

It was even more fun when I learned some BASIC programming language to do simple lines of code.

My stepfather is very intelligent and was able to program a BINGO game using the VIC 20.

It was a much used computer and was then best present I have ever been given.

Before she passed, I confessed to my mother what had happened. She had no idea and she then confessed that she opened a present I had given her the same year!

We would wait until Christmas Eve to decorate the Christmas tree 🎄, listening to Carols by Candlelight on TV.

She was famous for her roasts with all the trimmings, potato salad (German style – but with thinly sliced gerkins), cabbage rolls, sauerkraut, bean salad, etc. I would cook Scottish butter shortbread and help with cooking – mum’s taste tester.

When my Nan was alive my Mum and 7 (of her eight (8) sisters and two (2) brothers and all the grandchildren would visit in stages. Everyone would bring a plate of food (or more) and it was a multicultural feast. I miss those days.

This year, instead of visiting my stepsons and grandchildren in Tasmania, I’m staying home with my husband and visiting my aunt and uncle.

I will be cooking mum’s potato salad to go with a roast pork and crackling, roast vegetables and finishing with Scottish butter shortbread.

Recently I was accepted into a Masters degree in Education, specialising in Information and Communication Technology.

I would like to learn App design and focus on assistive technology to support people like my Autistic grandson who is 13 and using his iPad to communicate.

When I look back at my first computer I am so grateful to my mum and stepfather for investing in my dream present. Gratitude 🙏