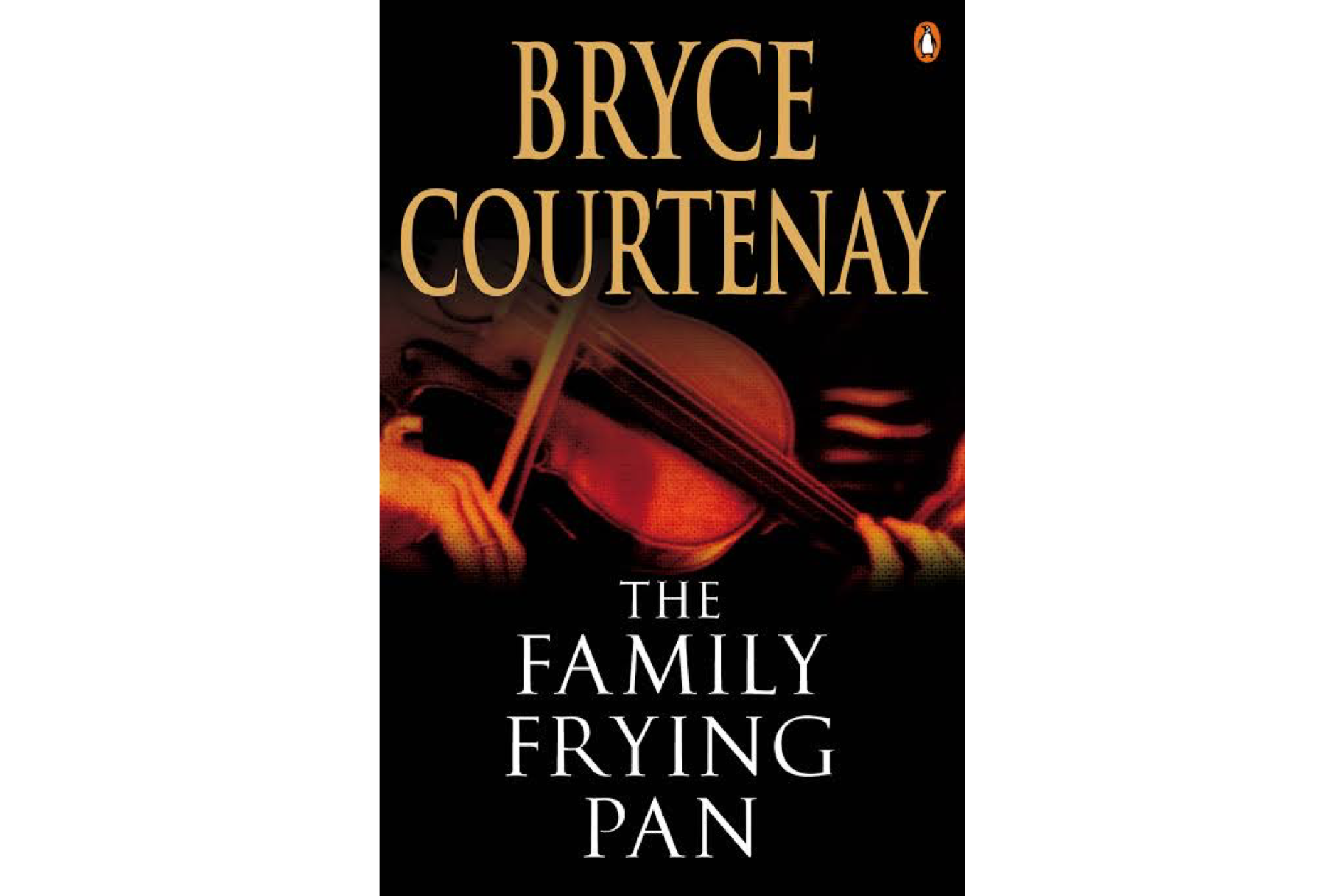 In 2009 I won a Bryce Courtenay Fan Page Facebook competition, one of eight (8) fans from NSW to be invited to the book launch of the ‘The Story of Danny Dunn’.

At the luncheon, Bryce talked emotively about the Family Frying Pan and the story behind the book.

The tears in Bryce’s eyes as he talked about the main character, Mrs Moses and her journey to freedom.

The family frying pan was removed from the campfire when Mrs Moses was trying to escape the Cossacks . As Mrs Moses and other people travelling across Russia walked they would harvest the tubers and vegetables along the road and Mrs Moses would cook them up in the Family Frying Pan 🍳

When she died, Bryce was there as his mother in law helped to prepare Mrs Moses for her funeral, changing her out of her Larry Hines t-shirt and into a fresh linen nightgown. It was then that they discovered why she wore those high necked dresses.

She had scars from where she had picked up the family frying pan from the fire 🔥and put the rope around her neck.

With all the walking the rope had cut deeply into her skin and the only way she could hide it was by wearing the very high necked dresses.

The story behind the book touched me so much that I went out and bought it.I loved every minute of reading ‘The Family Frying Pan’.

Bryce was such an amazing storyteller, humanitarian and man. It was my privilege to sit next to him at the luncheon and proud to eat his beetroot, which he ate often at the Orphanage. 💗🦋

“Publisher’s Summary
Mrs. Moses is a small woman with a big heart and enormous courage. The only survivor of a Cossack raid on her village, she takes with her a big cast-iron frying pan, so heavy that she can only sling it over her back. Yet this is no ordinary frying pan, it’s The Family Frying Pan, blessed with a Russian soul. From this frying pan Mrs. Moses manages to feed the various refugees who are travelling with her across Russia to freedom. In return, each of the group must tell a story around the campfire at night, stories of compassion and bravery, of human frailty and, above all, of hope.“